Are you a military officer? Me too! Check out the chart I made for the above average officer net worth. Thanks to Sam at Financial Samurai for the idea to put this chart together. 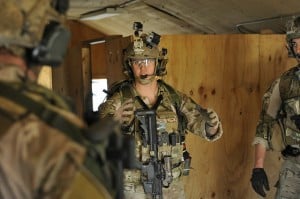 Let me start off by saying I am not enlisted. I asked around and did the best research I could to calculate average enlisted pay, but its not easy. Every case will be different, with different deployment cycles, special pays, spouse income, and whether or not you live on base.

I’ve experienced the officer side of life for a few years now so I can write from personal experience. For the enlisted side, I can only ask questions, look at the pay charts and educate myself, but I can’t live it.

Just like on the officer side, an enlisted person is definitely worth more than their investable assets. You can be the best technician at your job or leader on and off duty and still be drowning in credit card debt.

Usually though, if you excel at your job, you will also want to excel in all aspects of your life. In this article I’ll lay out what the above average enlisted personnel should have saved throughout their career.

The above average enlisted man/woman knows:

The Average Net Worth for the Above Average Soldier, Sailor, Airmen, or Marine

I need your feedback!

Military Money Manual connects US military servicemembers with the best military credit cards available. I am an active duty US Air Force officer investing for financial independence by age 40. This site is veteran owned and operated since 2012. Thank you for your support!